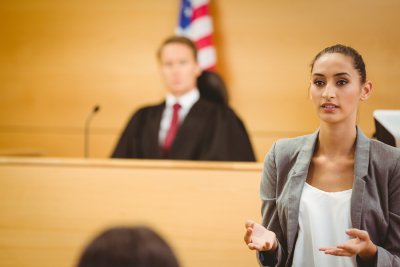 If you have worked with an agency court reporter in the past, you are probably already familiar with the many effective uses of technology in legal depositions and in the courtroom. Deposition video and other recorded evidence can certainly bolster your case if done correctly and court reporting agencies serving San Jose can make sure this recorded evidence is properly prepared. Unfortunately, this also means that the counsel for the other party could also use recorded evidence to support the case against your client. Before heading to court, you may wish to brush up on the basics of objecting to recorded evidence.

While preparing a case, it is always a good idea to review any applicable requirements in the jurisdiction and any rulings issued by the judge. At present, almost all courts have issued rulings with regard to the admissibility of recorded evidence and their verification requirements. Of course, it is essential that you follow these requirements when preparing and presenting your recorded evidence, but you may also be able to use violations of these requirements by the opposing counsel as grounds for evidentiary objections. For example, in California, a party must provide a transcript of the deposition of the prior testimony to the court before that party can offer into evidence any recordings. When the recording is played in court, legal counsel is required to identify the corresponding page and line numbers of the transcript.

Effective lawyers lodge objections when doing so will serve their case. It is often thought that objecting too many times within a short period of time will only serve to frustrate the jury and possibly to prejudice a few jurors against the objecting lawyer. This is a matter of opinion, but regardless of where you stand on the issue, it’s important to have a firm grasp on when you can object to recorded evidence prepared by a court reporter. Some of the most common grounds for evidentiary objections are as follows:

It is also wise to thoroughly review your own recorded evidence to identify any potential grounds for objections by the other party.

Are you accustomed to using traditional written transcriptions to record depositions? If so, you may wonder whether recording in a video format…

Depositions are a useful tool for lawyers to discover the strengths and weaknesses of their clients’ cases. However, considering that most…