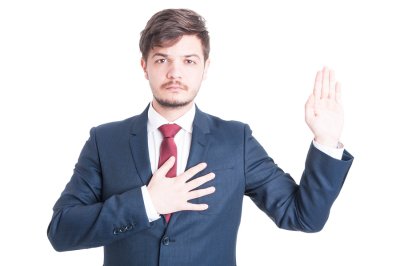 Become Familiar With the Court’s Ruling

As every lawyer should know, the errata sheet allows deposed witnesses to make changes to their deposition testimony after the fact. However, exactly which changes are allowed is an area that is less well understood. There are two schools of thought on this matter. The first is the permissive approach, which interprets Rule 30(e) to mean that the deponent can make substantive changes, including those that contradict earlier testimony. The second is the narrow interpretation, which limits changes to corrections of errors made by the court reporter. In the case of Grottoes Pallet Company, Inc. v. Graham Packaging Plastic Products, Inc., U.S. District Judge Urbanski ruled that because the defendant’s errata sheets contradicted prior testimony, they would be ignored. The errata sheets in question were also found to be supported only by perfunctory justifications. However, in issuing the ruling, Judge Urbanski noted that, rather than broadly apply a permissive or narrow interpretation of Rule 30(e), it was preferable for courts to evaluate each matter on a case-by-case basis moving forward.

Ethics rules require that lawyers avoid coaching clients about the answers they give under oath. These guidelines apply to errata sheets, even though they are not completed while the deponent is under oath. If a client contacts you a few days after a legal deposition with concerns about the testimony, you should carefully weigh your words before responding. If need be, you can directly inform your client that the opposing counsel may ask in court if the changes in the errata sheets were influenced in some manner. It’s best to take a proactive approach, such as by preparing your client well prior to the deposition and letting him or her know what to expect from the errata sheet afterward.

Taking legal depositions is a sensitive matter requiring the right environment to ensure a smooth process. The best option might be to rent a…

When it comes to taking legal depositions, it’s critical to communicate clearly with every witness. If anyone you are deposing for your next…